Filter 0
Back to blog overview

Sneaker District and Vans joined hands to tell the story of self-expression. Vans recently released the Vans Authentic Sidewall Anaheim Edition pack which consists of four colorways with a scene printed on the side of the midsole.

Rumor has it, it was the legend himself, Steve van Doren (son of co-founder Paul van Doren), that saw some high school kids coloring the midsoles of their Vans with the iconic checkerboard pattern using magic markers. The printing of the midsole is called sidewall, foxing or friction tape and although it’s somewhat considered a ‘lost art’ it is back on Vans sneakers! But not just any Vans sneaker. They put the Sidewall on the iconic Authentic (or #44) model and decided to make it part of their ‘Anaheim factory’ line. The Anaheim Factory line is a nod to the first factory Vans ever owned in Anaheim, California and these models feature the original details and colour palette from back in the good old days and are made with premium materials! This Vans Authentic Sidewall Anaheim Edition pack consists of four colorways: OG White, OG Yellow, OG Blue and OG Emerald and each colorway has a unique scene printed on the midsole. Rocking these Vans is definitely a bold way of expressing yourself!

To celebrate this awesome pack we decided to reach out to our Antwerp fam and contacted some of Antwerp’s finest who are bursting with creativity and eager to tell the story of their craft, the story of self-expression. 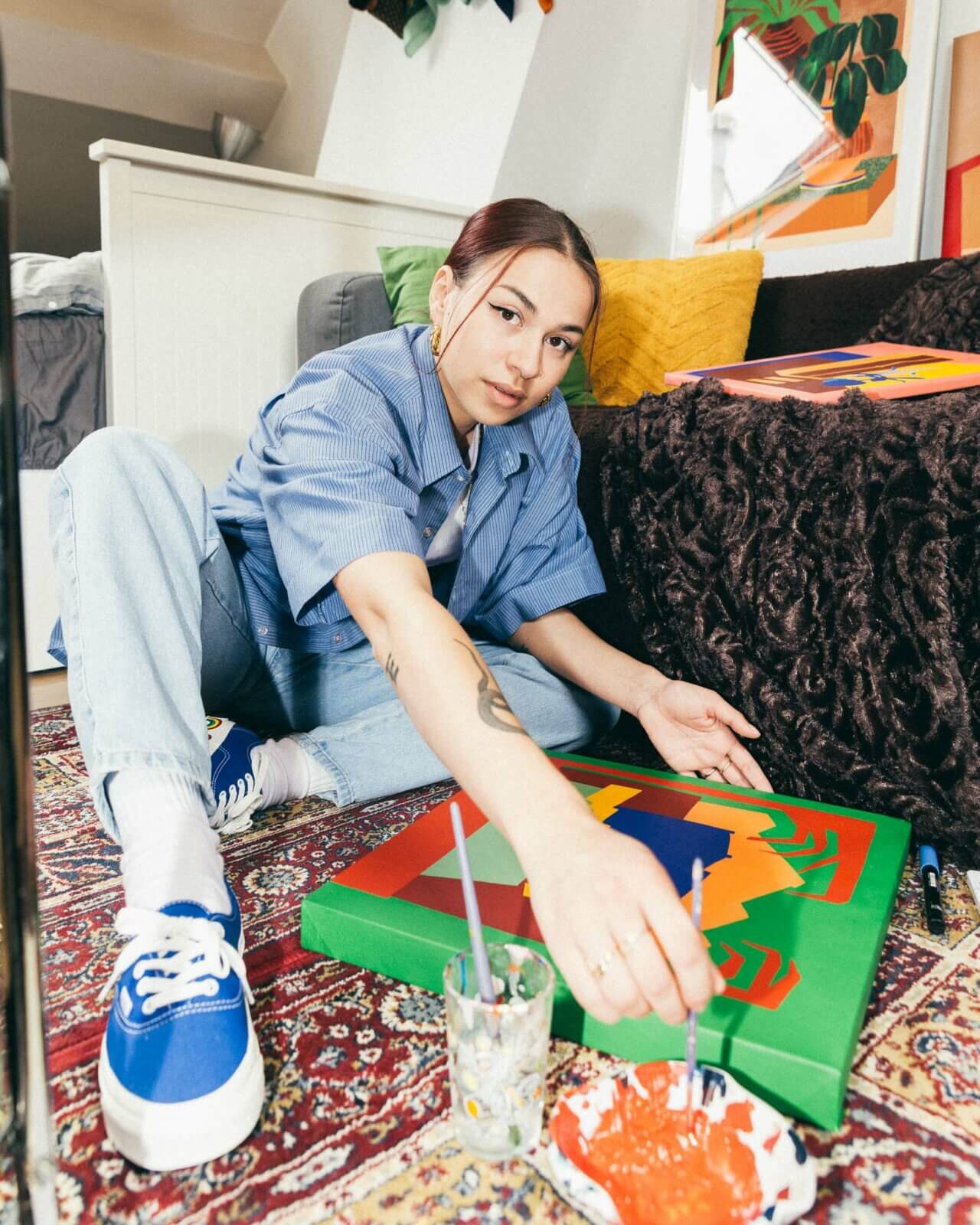 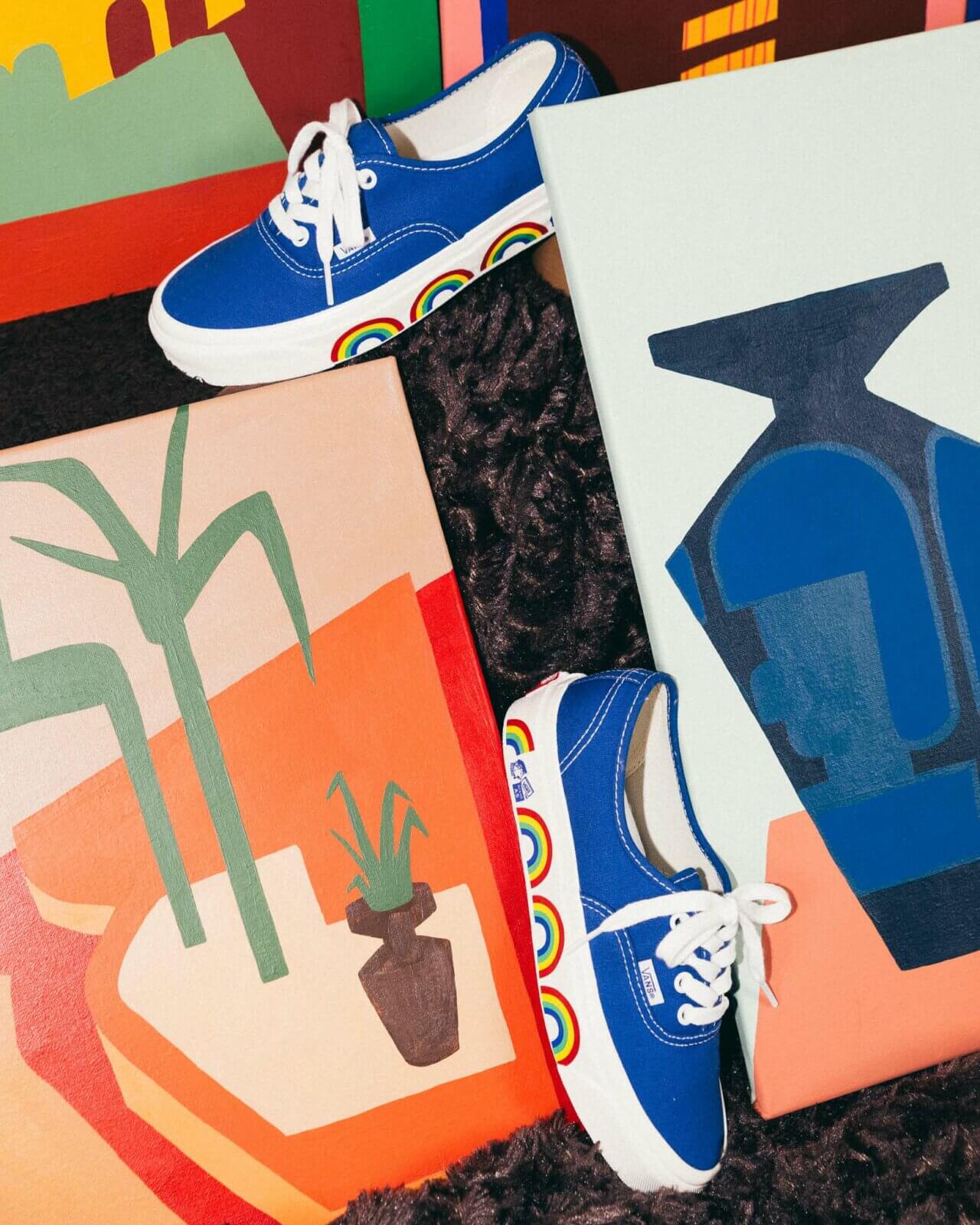 First up is Isabelle Le Tutour, born in ’97 in Antwerp and from a very young age grew an interest in art and attended drawing school. She quickly started studying the art of drawing and she noticed that she wanted to make art her future. As quickly as things can go: last year she got her Master’s degree in ‘beeldende kunst’ (visual arts). Needless to say self-expression is very important to Isabelle. ‘In a way it’s having an opinion’. Her work is self-expression but to her it’s also a kind of tranquility. Her own world. ‘There’s not necessarily a very deep meaning behind my work but rather my love for aesthetics, observation, colors and planes.’ 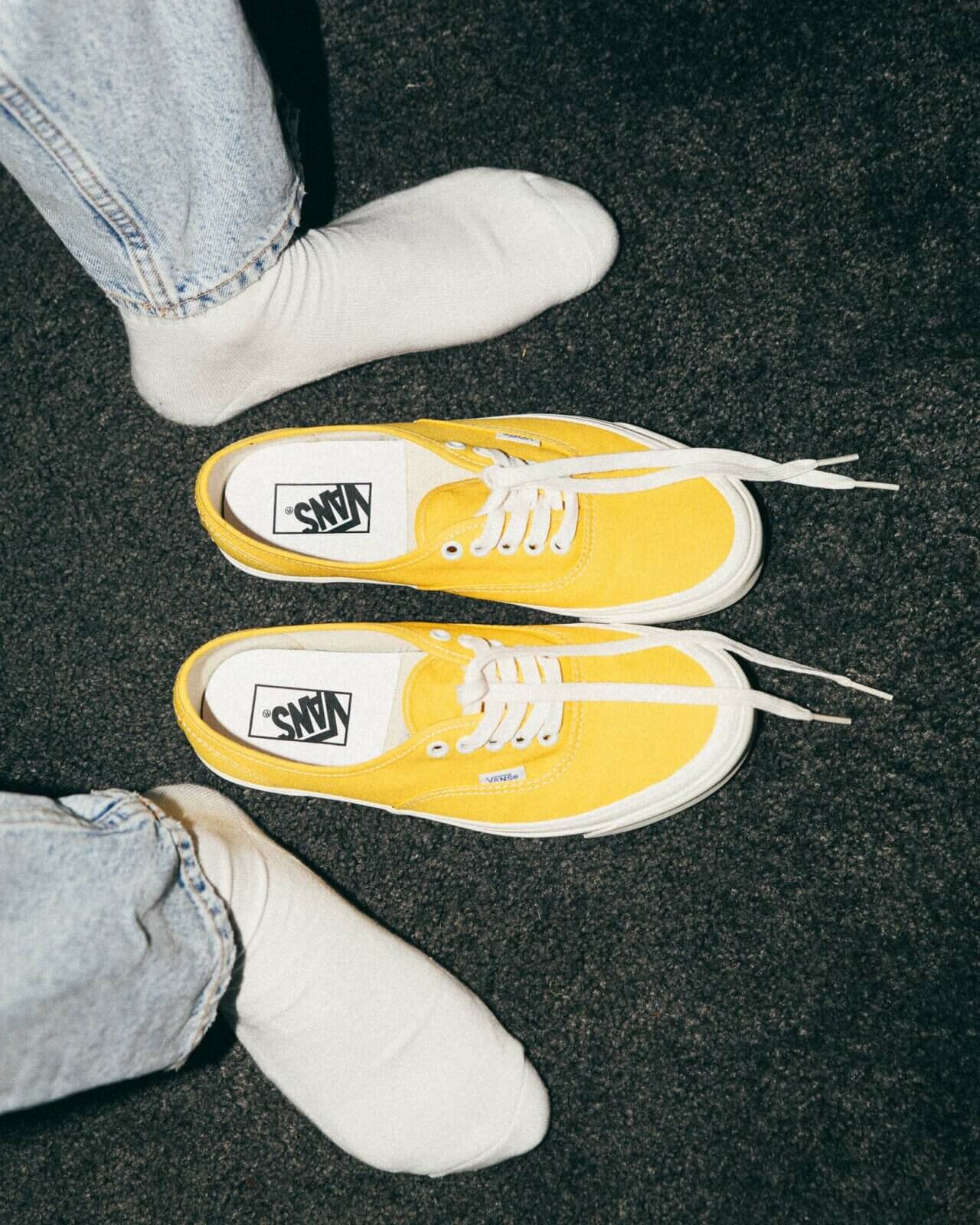 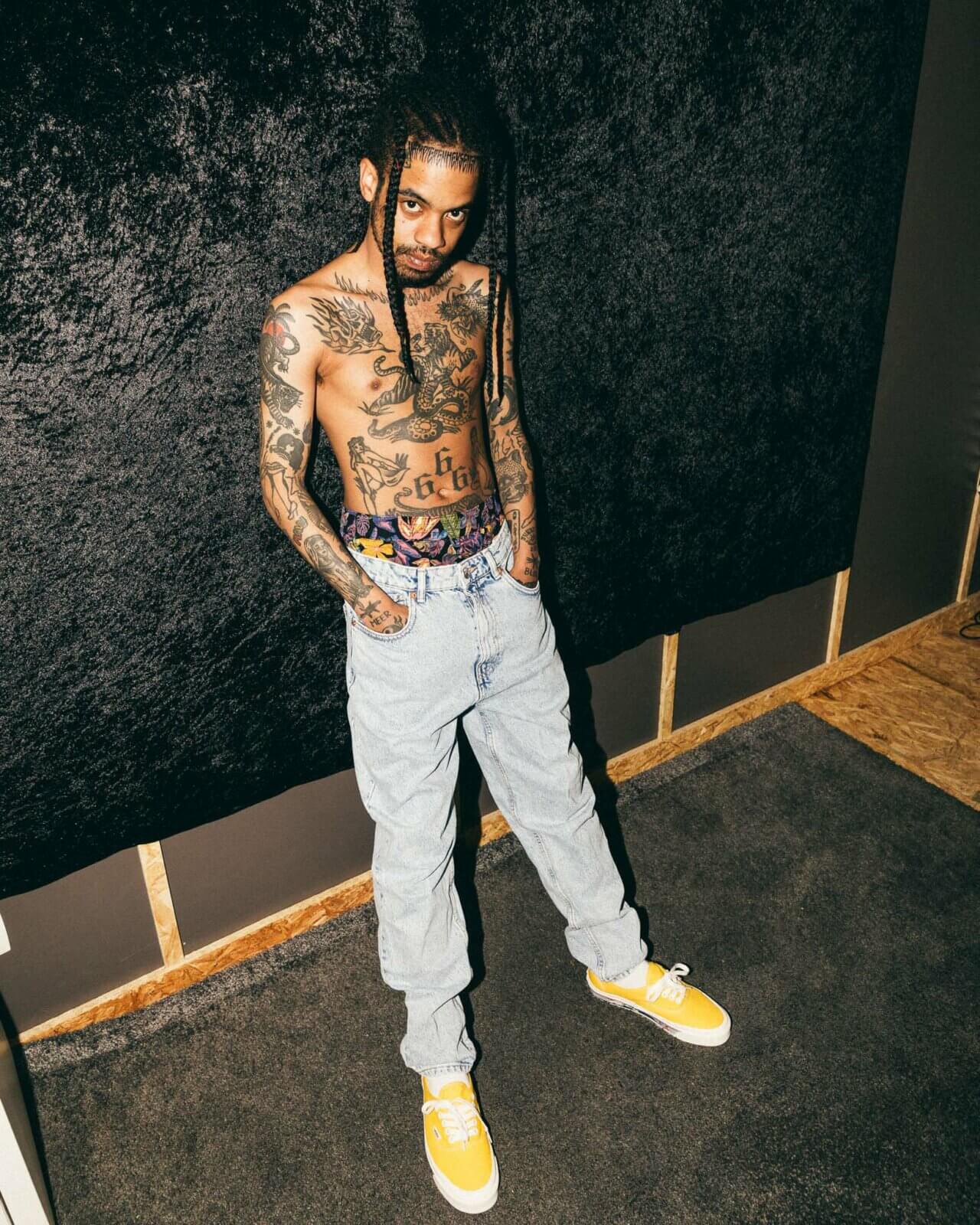 Next up is ‘Kleine Crack’. He calls himself the ‘smallest from the Anna’ (slang for Antwerp) and recorded his first song almost 17 years ago taking on ‘Memphis Rap’ (or Memphis Horrorcore) in Dutch. The newest addition to the Burning Fik label (record label from Faberyayo) is making waves in the Antwerp rap-scene and is definitely on his way to stardom. Although he deems self-expression as ‘not that important’ rap definitely is for Kleine Crack. He thinks self-expression is ‘another way to communicate with people about what you feel and think’, he just chose rap as a medium to do so. 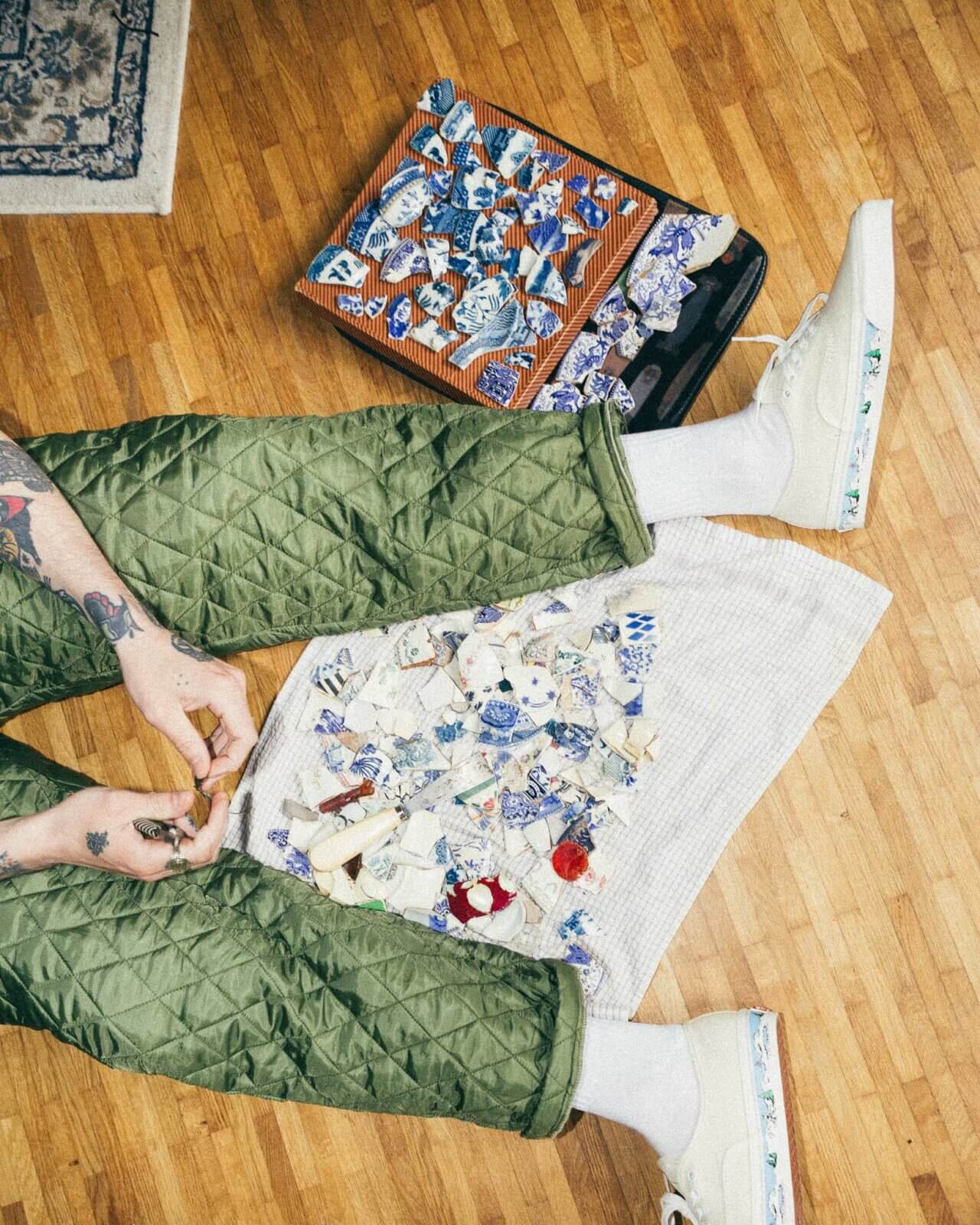 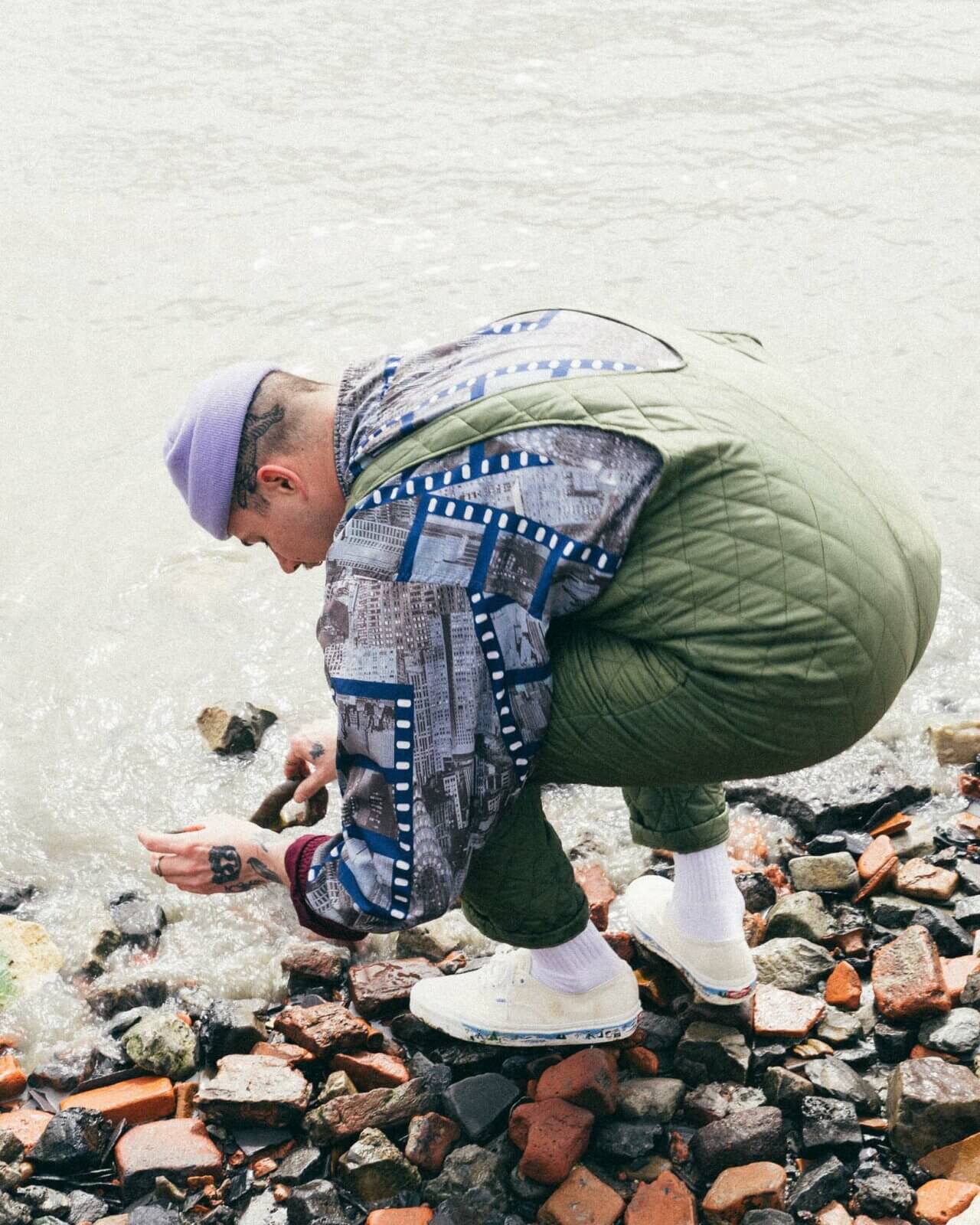 Meet Europudding! Europudding can be considered a goldsmith, a jeweler or maybe even an upcycling wizard. It’s probably somewhere in the middle!  Europudding got something special going on: he aims to bring out the extra-ordinary from everyday objects and revives the history from forgotten lost and found artifacts. “Whether it’s a molded basket full of blackened silver spoons in the corner of an antique store, the chaotic mess of a hoarder’s flea market or the apocalyptical riverbank shores of the Schelde, there’s always some beauty to be discovered in the ugly places of our world.” Europudding thinks we live in an age of an ever-expanding soup of stuff, where it seems we can only appreciate what’s new and made for the moment and he feels there’s a lot of charm in reviving long lost craftsmanship and this way he’s durably carrying the past forward into the future.

Europudding believes self-expression is important in every artistic endeavor but thinks self-expression can also present itself in many ways: “for example a jewel is also used as self-expression by the wearer, giving it a personal and even intimate aspect for the creator.” Reviving the, once neglected, self-expression of the artist from the original objects which Europudding upcycles, is another angle in which self-expression plays an important role. “From a 24karat gilded silver spoonring, recycled sugarcube-pincher holding a baroque pearl or an old biblical silver booklet pendant turned into a miniature adult magazine, welcome to the world of Europudding.” 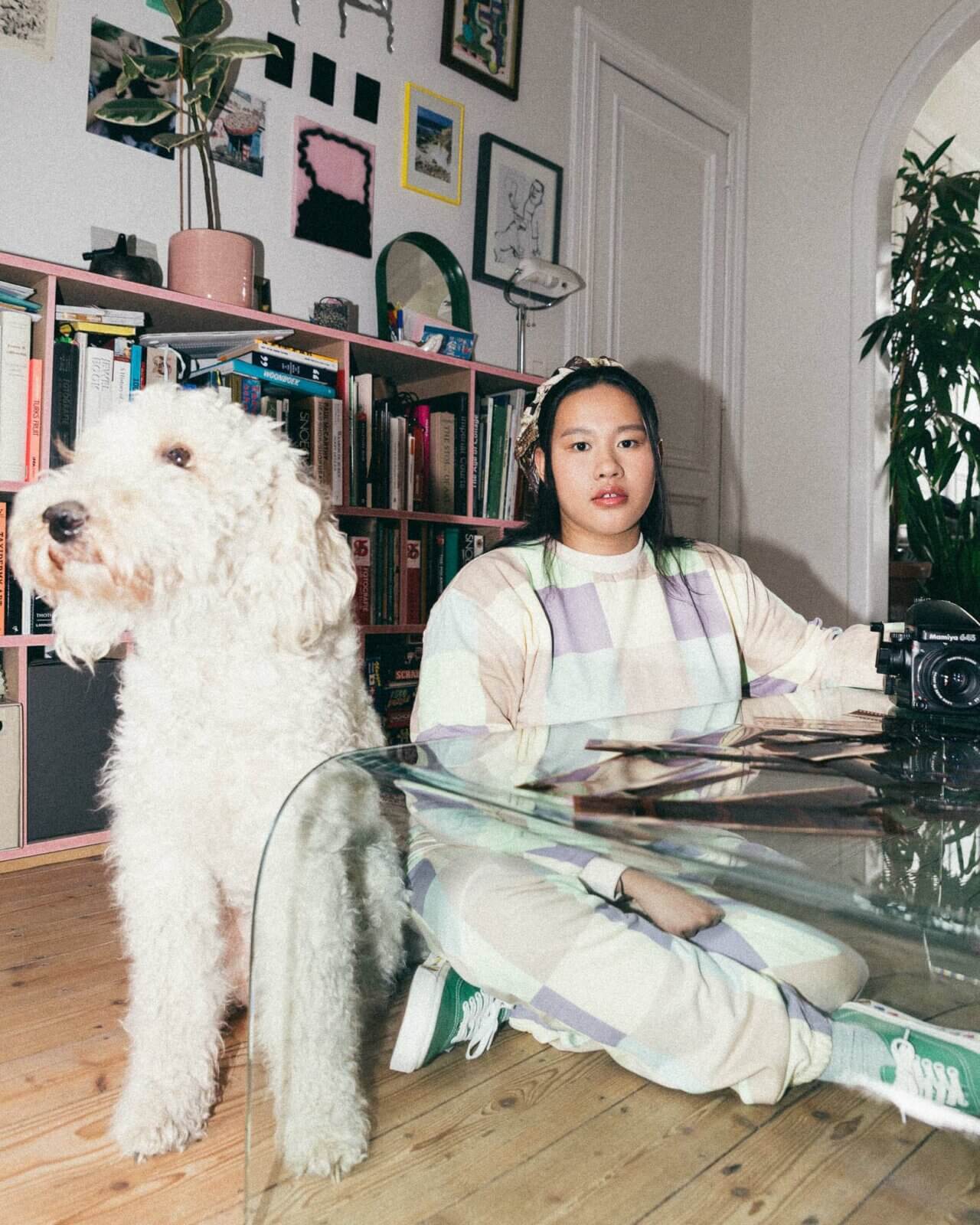 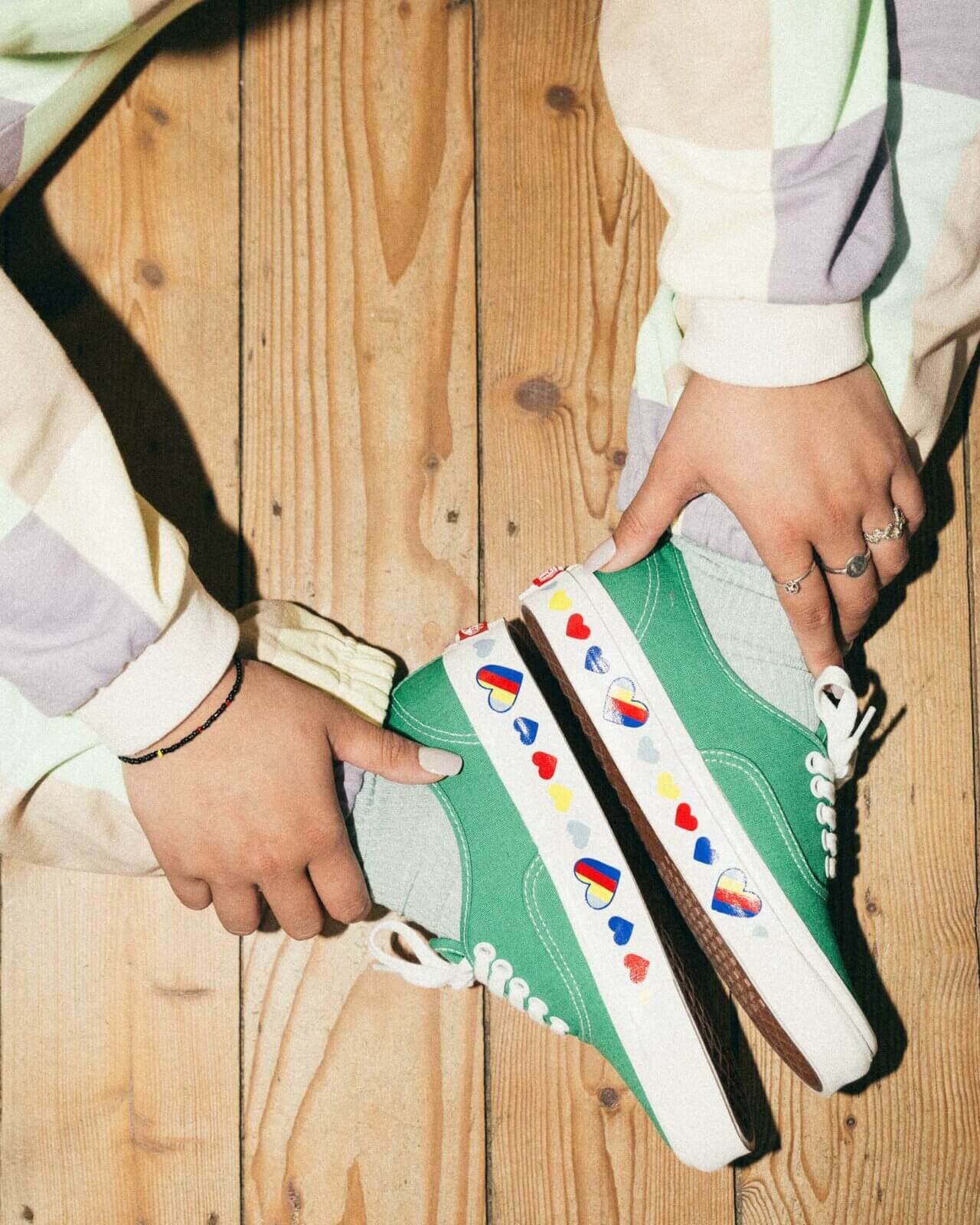 Last but definitely not least is Tatjana Huong Henderieckx, born in Vietnam and adopted at a young age. Her interest in photography started a long time ago. From a very young age she already had a very visual mind so images and films have always been intriguing to her. She works a lot with analogue photography and in contrast to digital photography it’s not possible to check your picture so she needs to be very sure about what she’s doing. It’s challenging for Tatjana but also part of the craft. ‘It’s a good way to develop and rely on your skills!’ Although she have been working analogue for quite some time now, still the first thing she does after the images come back from the lab is checking if she made any mistakes.

Her biggest inspiration in her photography is the differences in cultures. She’s very intrigued in habits, movements and differences cultures have from what she’s used to. Tatjana believes self-expression is very important in her own work and the way she moves on a daily basis. That’s why she takes her work quite personal: she makes images because they attract her. “Photography is a way to communicate what I cannot always say with words!” She wishes that her audience views her work as her world/vision but with enough space for their own imagination.